This thread has been viewed 2074 times.

I am hereby developing three steps to get started in future funk that I will gladly post on any thread where somebody is looking to begin. Here they are, in their first ever iteration. Comments welcome.

Step 0. Take your time. Be mentally prepared to throw out dozens of sketches of potential tracks representing hours of work for no other reason than that "they don't click" or you don't know where to take them next. Understand that future funk isn't a formula (and anybody who treats it as one is just asking to be ignored and forgotten). Just like ANY other form of music making, the good and the best take their time to really develop a craft. Be as holistic in your approach as your interest/life/ability allows (learn an instrument if you don't know one already, download ear training courses, basically be as adventurous as you can muster and look to, over time, learn things outside of just "future funk" skills).

Step 1. Learn to use some key tools. Pick and learn a DAW, anything will do as long as you learn it well (Ableton is popular for its flexibility and horsepower, but is more complicated than FL Studio which is an easy beginner's choice and is plenty legitimate as well). This will be your primary instrument, and over time using it will become second nature.

Step 1a. Learn about the tools for mixing- both generally, and the specific versions included in your DAW- this means basic knowledge of compressors, limiters, EQ, and reverbs at the very least to start with. Any audio mixing training will do, no need for it to be genre-specific. Eventually, start looking at mixing tools besides the built-in ones (browsing the Waves Plugin website will be equally exciting and overwhelming). Experiment over time and you'll gradually learn why certain tools/plugins are more powerful/preferred than others, and you'll develop your own preferences for what to use and how things should sound. Pay attention to the most subtle details. There's no shortage of great online tutorials on how to work with and listen to the tools of the trade in audio engineering.


Step 1b. You'll also want to explore what instruments are built into your DAW, and what instrument plugins you may want to "acquire". Some good starting points for exploring instruments may be plugins that emulate classic synthesizers (CS-80, ARP1200, Korg legacy plugins, etc)- this kind of plays into point #2 as well, so I'll leave this point at that for now.
View: https://www.youtube.com/watch?v=fjXzQ4NkmjQ


Step 2. LISTEN to other music. Your goal is to have a unique and varied and personal set of influences- see a great comment from Amherst here on why this is important.

Dig into your own iTunes library- what unique bits of your past may make interesting influences for your future funk music? My dad loved Dire Straits and Barry White and dad rock, my mom loved Deee-Lite and 80s hip hop. I've played on all of those elements before, plus the stuff I listened to at any point in my life (a lot of jazz in my teen years lol). Dig into the roots of future funk- disco, funk, boogie, smooth jazz, house, french house, 80s pop (feel free to ask for recommendations!). Go on your own digging adventures to find stuff that none of us have before. YouTube is your friend, Discogs is your friend (you can use other people's samples as starting points, but aim to get far away- both Amherst and I have playlists of samples we've used on different projects , just as examples of cool places to start).

You don't have to be looking for samples per say- you might just find some really cool sonic influences or ideas on song arrangement/elements (what synths are they using on that record you really dig? Try to find out!). But you need to spend a LOT of time listening to things that AREN'T future funk in order to make good FF. This is massively important, and one of the reasons future funk can often be seen as a stale genre is that many newcomers list their main influences as other, older FF producers and end up emulating the same old sounds instead of bringing something new to the table.

Step 3. At the end of the day, when you're looking at your project file and you think you have a groovin future funk tune ready to release, do a quick check that, if everyone did it, would solve 90% of complaints about this genre. "What is my unique contribution to this track?" Did you just take a j-funk song (because that's the type of music that so and so sampled!) and put drums over it at a certain tempo (because that's the tempo future funk is at!)? That fails the test. Did you chop up and rearrange a sample in a really unique way, did you combine 5 different songs to make something new and cool, did you add original instrumentation or harmony to old music? That passes the test.

Side note: If something isn't very "original" and is just an edit of an existing track, or doesn't use much original material and should be considered a "remix"- be honest and label it as such. There's been a couple controversial FF "tracks" released lately where the artist in question became kinda shunned because they were attempting to pass off slight changes to an existing song as an "original track".

Try doing the same sort of self-check when thinking about how you represent yourself as an artist- your style and branding and vibe. Does the whole anime/kanji thing really represent you as an artist and your unique influences accurately? Or did you just default to that after seeing what other people are doing? Figure out something that's true to yourself. (For me, Camino is kinda a representation of me as a social being- upbeat, humorous, outgoing and partygoing- and that's why my music is meant for dancing and appreciating pop culture, and I often use recognizable music.)

Alright, hope that helps. Anybody starting out can always feel free to PM me, and I think I'll continually work on and update these guidelines/pieces of advice with the help of all mah good friends. There you have it- V1 of Camino's Guide to Starting in Future Funk

Administrator
You can now donate directly to the forum without signing up for patreon. You will still have all of the same perks in patreon but its now one less sign up method. It will be under Account Upgrades Additionally, shop at our shopping center to help pay for hosting cost of the forum! 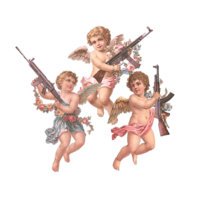 View: https://www.youtube.com/watch?v=ldLBSfWhh7A&list=PLagQYIb7wXuoJOtoiPyMJht2JTdV_ys2m
You can now donate directly to the forum without signing up for patreon. You will still have all of the same perks in patreon but its now one less sign up method. It will be under Account Upgrades Additionally, shop at our shopping center to help pay for hosting cost of the forum!