forget by chris††† is the single most important track in the entire vaporwave genre.

This thread has been viewed 672 times.

I'll explain this shortly (and sincerely apologize for how long this is going to be), but consider the gravity of claim I'm making here: it's the single most important song of the entire genre. To that point, let's talk about strings.

chris††† uses string samples very sparingly on the album, but he uses it with what appears to be very pointed purpose. The tracks with strings are: Notification, Reliving Hell, From the Ashes, Hope, American Dream, and Forget. It's hard to grasp at a specific, explicit meaning of any particular samples without any accompanying lyrics (more on that later), but I think we can approximate chris†††'s intentions pretty decently through context clues.

The first track to use string samples is Notification, which chris††† has explained in the past is the part of the album that covers the event of the September 11 attacks themselves. You may already be aware of how chris††† employs samples as metaphorical stand-ins for abstract concepts or complex emotions, so the conclusion I came to immediately upon hearing the strings at multiple points throughout the album was: the strings represent the 9/11 attacks.

This interpretation initially seems to track for some other uses of the string samples, such as in Reliving Hell (0:29 in the track) and American Dream (2:36), although the context unfortunately doesn't give us much else to go on for interpretive purposes. If I had to guess, these iterations may simply represent the American populace never forgetting the tragedy of 9/11, in the sense of the national slogan taken at face value: commemorating the tragic loss of life as we and future generations conduct our lives. But some of the other tracks before Forget have led me to believe there is more to it than this sentiment or even the event of 9/11 itself:

Before diving into this, I want to note that most of the string samples occur in the back half of the album, after the part that is supposed to correspond with 9/11 itself. Specifically, the string samples mostly occur in a continuous chain from Reliving Hell through Forget, interrupted only by World Peace. In other words, the strings may not represent the 9/11 event per se, but rather our remembrance of 9/11. This interpretation is given further fuel by the appearance of strings in From the Ashes and Hope.

First, in From the Ashes, the strings appear at the very end of the track (0:50), as John Cage states, "I certainly can't tell them what to remember, particularly when I don't want to remember." The strings' purpose here is not only as a transition into Hope, but also to obscure these last two lines about not wanting to remember. The strings themselves appear as a crescendo to the rising tension that begins after the line, "If we somehow free ourselves from our memories." I have seen some interpretations of the back half of the album, including commentary from chris†††, about how the post-9/11 years have consisted of us trying to forget and move past the tragedy, but seeing how this track ends with the rising tension and strings blocking out these lines about perhaps freeing ourselves from our memories, this appears to cast "remembrance of 9/11" as this force that will not allow itself to be forgotten. The tragedy of 9/11, and the string of tragedies that followed in its wake, somehow find ways to force themselves back into our memories no matter how hard we try to forget. We cannot free ourselves from our memories, because each new tragedy hits us afresh.

In Hope, of course, the strings open the track and are immediately followed (0:47) by the words, "Are you still haunted by that moment?" The testimonial provided by Phan Thi Kim Phuc, the Napalm Girl from the Vietnam War, sounds like it could have been given by a child victim of the 9/11 attacks.

But the strings are not just about the victims of the attacks, but about anyone who remembers them or witnessed them: are you still haunted by that moment? As the transition from From the Ashes showed, chris††† believes the answer is "Yes." We are now more than two decades out from the 9/11 attacks, and no matter how we have tried to heal and move on, our remembrance keeps returning to the fore in a string of what feel like related tragedies: the financial crashes, the failures of leadership, and so on. We are still haunted by that moment because those strings keep coming back. And the reason they keep coming back is not because they are merely the remembrance of 9/11, but because they are the remembrance tied to all of the tragic events that have followed in the wake of September 11th, for which it often feels like the string of tragedies can all be traced back to that one terrible moment. The string samples are hauntology, writ large.

So now, finally, we come to Forget itself. After the repetitive use of the Wii Internet Channel sample in the first minute of the track, there is one sample that comes loud and clear (0:47), and that is Never a Time by Genesis. What is notable about this sample is that it is presented unvarnished and almost completely unaltered: no pitch bending, no chopping or screwing, the only modification is a bit of reverb. Every single other musical sample on the album has at least some degree of alteration or modulation, so this relative lack of alteration sets the Never a Time sample apart as one that chris††† wants us to pay close attention to.

The lines of the sample, as you are probably familiar by now, are as follows:

There is never a time to say
'Cause it seems to me we've lost our way
So we carry on down the road
When we live our lives haunted by...
Click to expand...

And as Phil Collins trails off, the strings - the hauntology - come back. It seems we, the American people, have "lost our way" because of the 9/11 tragedy, resulting in blind support of leadership that took advantage of an emotionally vulnerable public to prosecute misguided wars. That tacit support also led them to uncritically participate in the disaster capitalism of the time, trusting that our institutions knew what they were doing as they took part in rampant speculation and shaky investment packaging, which then resulted in the economic crash. Without getting into the aftermath of the recession, our losing our way has subsequently led to failures of leadership and eventually, the fracturing of our very society.

Then there is the generation that grew up in those years, who didn't participate in the above, but who instead experienced all of the consequences of those actions. We're the generation who experienced 9/11 as children and teens - some of whom may remember the world before 9/11 - who grew up to be rewarded with a recession that stunted their chances at economic opportunity as adults, and are coming into adulthood into the decline of our government and perhaps our very democracy. We "live our lives haunted by" the choices made for us before we were even old enough to understand what those choices were, and by the hauntology in which we mourn for the future that appeared to be promised to us before the attacks. We cannot forget - are not allowed to forget - because we keep paying for the damage in each subsequent misstep or tragedy, all of which feel like they have their genesis in 9/11. And so, we live our lives haunted by expressing our mourning of the loss of our promised future.

In other words, what Forget is talking about is the birth of vaporwave. This song is a brief summation of the meaning of vaporwave: a genre created by a lost generation that is continuously paying for the mistakes of people who were led astray by the most terrible tragedy in current living memory. And it explains the emotional significance of the entire genre in just a little more than 30 seconds. No other vaporwave song that I know of has attempted this, let alone succeeded so succinctly.

I admit this analysis requires some logical and interpretive leaps, but if I'm right, Forget is the most significant song in all of vaporwave. Please let me know your thoughts, thanks!
Virtual Cafe Awards 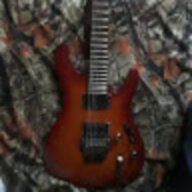 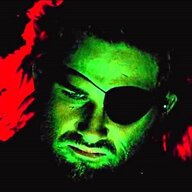 You've put much more thought into this than I care too.

I just want to say thanks for pointing out this album, hadn't heard it before.
Personally the track I'm appreciating the most is "World Peace". 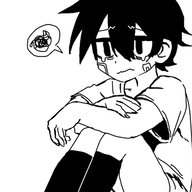 Thanks for reminding me how amazing of an album deep dark trench really is. I like how you pointed out that the strings are almost used as a leitmotif for the rememberance of the attacks, especially considering I never really noticed much of the symbolism described in the post. Although forget is a really good track, I wouldn't say it's the "most important" track since the grandeur of the track kind of relies on the rest of the songs in the album to build atmosphere and tension, but it is definitely a top contender. 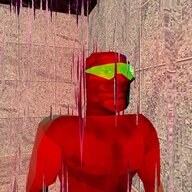 Deep Dark Trench has to be one of the most thought-out and open-to-interpretation vaporwave albums of all time, it's so underrated compared to all the other vaporwave classics I hope it gets the recognition it deserves one day.

Thoughts and Prayers also makes for the perfect conclusion showing that our ignorance and stubbornness to forget leads to us not considering the consequences and viewing past tragedies as "a bad dream" and something that could never happen again, right before ending with a news broadcast on the day of 9/11 right before the attacks, like a cycle of tragedy.

​
You must log in or register to reply here.
Similar threads