How does one convert the normie?

This thread has been viewed 962 times.

handoferis said:
You can lead a horse to water but you can't make it uninstall tiktok
Click to expand...

Trying to redpill normies is like reverse gatekeeping (gateopening? freegating?), just inviting trouble.
It never goes well, just don't bother. If they have to end up somewhere, they will of their own making.

I've tried to do this before by trying to talk with my friends at various times about the negative consequences of video games and telling them they should abstain, or at least not spend entire fucking days, on playing video games. For two of my friends, video games are deeply rooted in their lifestyle and frankly their lives don't have any form besides video games, it's the main thing you can talk about with them. In guys this is so because they get a deep satisfaction from video games, which I believe acts as a power surrogate. Without them they feel powerless, unable to achieve things at the pace that they can in videogames. This is what I had too, games were and are still a part of my life, significantly less now than before though. In my adolescent path to tear games away from me though, I was on my own and doing this for my own sake, not because my parents or my girlfriend or my friends or my teachers were telling me that it would be good for me. I can't get other people to follow the path I took because part of it is that you have to discover yourself a bit.
It doesn't really matter if you have very strong reasoning; once I was talking with a friend in real life about videogames. He's not one of those two who are addicted, but he's the only guy who I can have actual discussions like this with. For everything he said I could respond concisely against it, until we both came to agree that video games are, in multiple ways, only a net negative on your life and that you are better without them. He acknowledged and agreed, and told me that he knows it is not rational but he does not care, and he will keep playing games anyway. Going back to the original topic, I think what my experience tells me is that it is innate in people to want to free themselves of this, I dont mean to talk ourselves up as some special people or anything. It just seems to me that when it comes to these digital things, most people refuse to have their minds changed by anyone but themselves.

analpope said:
It just seems to me that when it comes to these digital things, most people refuse to have their minds changed by anyone but themselves.
Click to expand...

What changed my mind and made me stop playing games was just how garbage games had become overall.
Compare the top 10 games released in 2004, 2006 and 2008. Now look at the games released between 2016 and 2022 and you'd struggle to even put together a "top 10" list with all those years combined.
I really wish videogames were better so I could play them more, recently I had a sports related injury that needed a month+ to heal. I couldn't spend all my free time outside exercising, hanging out with friends or going to music events or any of the things I like to do. So I had to stay at home and try to fill that time with videogames. Then it really dawned on me how much worse they had gotten.

deepfreeze said:
Never attempt to red pill normies regardless of the context. You'll just sound like a lunatic.
Click to expand...

This.
Best you can do is add some breadcrumbs here and there but going full missionary mode will usually just fall on deaf ears.
Ideally you just drop some facts when it's appropriate.
For example:
Normie talks about how he's using reddit.
Just say "Did you hear about how Tencent invested 300 million $ in >reddit

recently?"
Don't explain or argue, just drop the info.
"I just think that's crazy isn't it? haha anyway..."
Anyone willing to follow into the rabbit hole will do so sooner or later, they might just need a little nudge.
View: https://vocaroo.com/12z3RV996Yqk
If a person is indeed a genius, then that geniusness has been given to him as a gift. So, it's not as if it's something that I have done, that's why I have been able to say 'I know' instead of 'thank you', because if I was saying 'thank you' that would mean I would be taking credit for it. Instead I say 'I know' because I know that I got the gift: genius.

oh? this one is new to me. post links
bnuungus

Breadcrumbs is a good strategy. Another is to get them talking about things in a deeper way (1am drunk conversations, walking through the woods, sitting over a coffee). Encourage them to question stuff in their lives once you're in an actual discussion, as most people are not going to be receptive unless they are already in "thinking mode" (which is more or less difficult to initiate based on intelligence of said normie). Don't push too hard, but merely take their own logic a little further and help them spot the conclusions they've been missing/ignoring.

Be careful you don't destabilise them too much. The average person takes a challenge to their assumptions similarly to a physical threat. Always offer multiple alternatives if you make them unsure about themselves, and do so responsibly. Remember, the idea is to get them to think for themselves, not to make them think what you think.

Empathy is key here. People don't think because the world outside makes them anxious. People's self concept is based on their interactions with the "world" (also a construct of beliefs). Challenging one threatens the other. Validate people, make them feel heard. Genuinely try to make them happier, but on their own terms. Be a source of calm in an unstable world and people will listen. Last edited: Sep 19, 2022
"For thought is a bird of space, that in a cage of words may indeed unfold its wings but cannot fly." 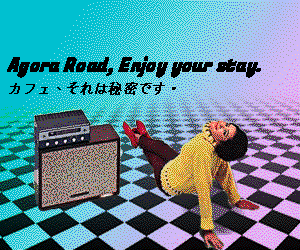 woah this is some deep agora lore. thanks for the link
bnuungus

You don't convert the normie, he won't get it if it's not he who is converting himself. Let the norbie me a norbie, and he's gonna figure it out himself

Aral said:
You don't convert the normie, he won't get it if it's not he who is converting himself. Let the norbie me a norbie, and he's gonna figure it out himself
Click to expand...

Shantotto said:
bold of you to assume its a he and not a xe
Click to expand...

how exactly does one fuck a gender?
bnuungus

bnuungus said:
how exactly does one fuck a gender?
Click to expand...

you take all the people from the gender and put your dick in them, pure and simple, that's a bit hard though, but you can do it, and be hard while you do it

Yeah, I think converting a normie would be a really hard thing to do. I thnk from their POV, it would be pretty much the equivalent of seeing someone knock on your door and start talking about how technology is inherently evil and how you should get rid of your computer.

I believe that even converting those who were exposed to the old web is going to be hard. Unlike say retro gaming, old computer stuff sits in this weird limbo where most people will look down upon you for seeking old computer hardware. Therefore, people refuse to enjoy old things because "it's not socially correct".

So yeah, I think the only way someone can become one of us, is actively seeking either an escape from social media, an old web community or both. This certainly was the case for me.

This would be like trying to convince someone they should be watching Arrested Development instead of Everybody Loves Raymond back in 2003. Can't be done. They say those kinds of things appeal to the lowest common denominator for a reason.

people talk about redpilling as though 99% of people, if faced with the choice from The Matrix, wouldn't be like "fuck you dude I'm going back to work"
Virtual Cafe Awards

handoferis said:
people talk about redpilling as though 99% of people, if faced with the choice from The Matrix, wouldn't be like "fuck you dude I'm going back to work"
Click to expand...

To be fair, the choice in the Matrix was "leave your unfulfilling life behind and also fight back against the horrors that shoved a robot in your navel, or don't." Tech redpills are on the level of "learn why this cool thing kinda sucks actually."

A big issue with the "normie question" is that they simply don't value your concerns. For them decentralization and using earlier forms of the Internet just means less dopamine and feeling part of society in their free time. The main difference between you, and the normie is the fact that you think about the platforms you use, while they don't.

If you are a true outsider, or have fringe values/views you need to consider that you are simply considered low status thus anything you say is ignored. If you have some cultural momentum or resources behind you, then people will start to take you seriously regardless how weird your ideas are.

I personally consider most of culture to be forced memes, if you create a niche forum where you basically have bros or socks talking to each other about interesting things and you shill it hard enough it will become a living thing. Activity breeds more activity.
You must log in or register to reply here.
Similar threads