ITT games only you have played

This thread has been viewed 2368 times.

shinobu said:
Have you tried Grezzo 2? It's semi-obscure and offensive, though maybe not on the level of the ones in your list
Click to expand...

Yep, I have played Grezzo 2 several times. Pretty funny for something I could not understand, for I do not speak Italian.
cars are strange yet my dad is car...does that mean my dad is strange desu? desu???? DESU?!?!?
i only hear static and occasional screaming
Virtual Cafe Awards

It has incredible and hilarious game play, I highly suggest anyone to play it.

I recall AVGN doing a video on that a decade ago.
Virtual Cafe Awards

Fyren said:
I recall AVGN doing a video on that a decade ago.
Click to expand...

Didn't know he did a review on that, I definetly need to go back and watch it

'And those who were seen dancing were thought to be insane by those who could not hear the music.'
Virtual Cafe Awards It's a really fucking underrated action RPG, like a 16-bit Wonderboy or prototype Symphony of the Night before Castlevania went all Metroid. Nothing like the previous games in the series which were all arcade runners. I've never met anybody else who has played this game let alone owned it.
Virtual Cafe Awards Instantly thought of Griptape Backbone, which should be right up this forum's alley. It's a vaporwave skateboarding game made by this independent developer who is into the whole 'games are art' thing. I don't believe in that, but I give him credit where credit is due; unlike most 'games are art' wankers, he made a game that's actually fun to play. The gravity in this game changes to fit the surface you are on, so you can skate on walls, upside down and whatever you like. It's not perfect but plenty of fun. It's free as well, which means I didn't have to pirate it

and it has a few little easter eggs which are fun to find. Little personal momentos of the developers life embedded which aren't in your face, but are just cool little touches that make it feel a little more special.

A shitposter lost on the internet 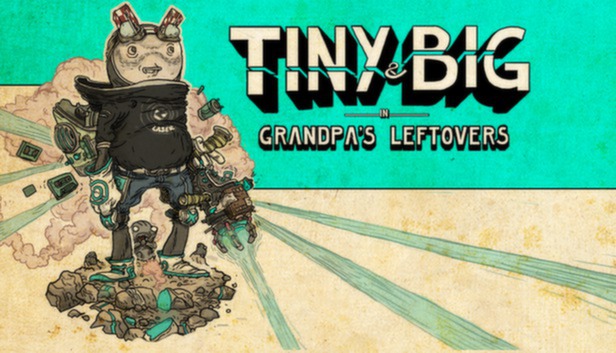 Anyone else play Tiny and Big? It's a short but fun game where you basically slice up the environment into chunks, then grapple/rocket them around to help you navigate. If you like the movie Six String Samurai, you might also like this game since it also takes place in a desert, is very quirky, has a great soundtrack, and is generally lots of fun
moon musiq: netlabel for industrial, dark ambient, and noise
Virtual Cafe Awards

This game was absolute garbage, in hindsight plays like it was coded as a college student's grad project. For a while it was the lowest rated game on Gamespot but that must have been the only other person to have played it. I can't believe it's an Infogrames title, they've got games like Neverwinter Nights and Alone in the Dark under their belt 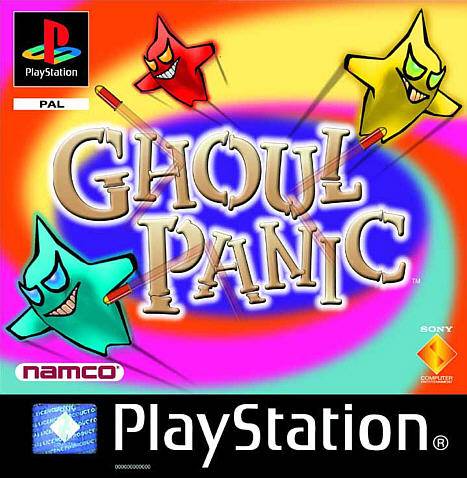 Unfortunately the disc snapped in half. I held it, asked my friend if he wanted to play and broke the disc in 2 due to holding it too hard. He gasped and I claimed I did it on purpose because the game was boring. I was trying to be cool but I was actually devastated it broke.

I just remembered that I will never forgive Capcom for cancelling Mega Man Legends 3.
Click to expand...

You should check out the development of ZetaGAL (formerly Delta-Gal)
moon musiq: netlabel for industrial, dark ambient, and noise
Virtual Cafe Awards

Strongest Toki in all of Meki

I suppose it's not that obsure — in Sega Saturn terms, that is — but still it's not a game I see mentioned very often.
The game I've been playing recently is Bulk Slash, and it's pretty cool I think: It's a JP exclusive, but it got a translation recently, with a fandub and everything!
Given how poor the emulation was I while trying to play it, I find that amount of effort to be impressive.

I don't exactly love the controls, but its aesthetics are something I find especially pleasing. The HUD overlay, along with the various navigators who pop up on screen and react to what you're doing is just very nice I think The re-released JP version is the one to play since it has both halves of the game on a single disc instead of separate releases so SEGA could have a game on the shelf at launch. You still have to choose part 1 or part 2 in the menu, but it's lucky they did that or it would have come out after Toy Story and Pixar would have legaled the fuck out of them.

You aren't the only Pitfall The Lost Expedition appreciator

The Wii version was one of the first non-DS games I played, and I thought it was incredible. Loved the half open world thing, I would just run around in it roleplaying. Once I played through the whole game again just to reach that stealth section near the end, and made a setup with saves so I could replay it whenever. I honestly think it was a great game.