This thread has been viewed 133 times. 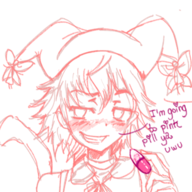 The dopamine chemical imbalance hypothesis that is still commonly used today was created as justification for why antipsychotics work. This has never been proven. In fact, more and more evidence points to the individual brain cells in a mentally ill person being fundamentally different than a normal person's cells. The term antipsychotic itself, derives from the term antischizophrenic which was applied to tranquilizers because it sounded as if it was actually treating the disease instead of just sedating the patient. All modern atypical antipsychotics used to treat the mentally ill are just more complex tranquilizers at the end of the day.
The WHO, much to the embarressment of modern psychiatry, found that schizophrenics in developing countries with no medicine have higher rates of recovery than in developed countries. Although there have been papers released since arguing that its possible the WHO got it wrong, no one has had the courage to replicate the studies themselves and for good reason. Even psychiatrists, in their conferences, admit that there's no neurochemical justification for why their medicine treats the disease and that treatment with the medication causes relapse simply from withdrawal.
The argument that mental illness is like diabetes is fundamentally built on false pretenses and is the modern psychiatric approach to treating the disease.
A corrupt tree bears corrupt fruit.
Even the America's expert in schizophrenia in the 70s proved that social intervention was more effective than the medicines psychiatry prescribes yet the field refuses to look at alternatives to drug therapies. And for some strange reason, they always prescribe the drugs that are still under patent and cost $1600 a bottle. All covered by the taxpayers.
Virtual Cafe Awards 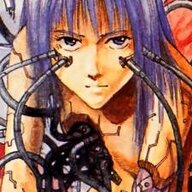 I think the big issue with psychiatry and psychiatrist in general is that they make no compromises on what could be considered treatment for any mental disease. While I don't take antipsychotics, I have friends who do. They aren't a solution to the problem, contribute to serotonin syndrome, and make you feel awful when you come off of them. you're usually worse off when you stop taking them than before you took them. Psychiatry is just a business ploy to sell drugs to anyone with any problem. Prime example, how they prescribe Ritalin to kids in school. A kid acts out. Maybe he doesn't want to learn the most boring shit in the most boring way, or maybe the whole US education system is utterly failed and needs to to be revamped. No way it could be the teacher or schools fault for failing to teach, just give the damn kid his drugs and at least it'll look like we tried.

this kind of thinking mirrors how the industry treats adults. Just sedate you and make you shut up, you'll either feel "better" or be another one of the millions that just fall through the cracks of psychiatry. There is no effort to find the root cause, no effort to understand that maybe it's external factors. Doesn't help that psychology and psychiatry treat people as if they had no soul, as if they were no different from animals. It's a corrupted science that has lost sight of what it originally set out to do. Now it's just a puppet with Big pharma's hand up its ass to sell drugs on the taxpayers dollar in the name of altruism or "helping" people.
You must log in or register to reply here.
Similar threads