This thread has been viewed 330 times.

[NOTE: I decided to refocus this thread on the Spamton Sweepstakes links rather than Deltarune as a whole. I did this because Deltarune already has its own thread.]
Just what it says on the tin. Here's a theory of mine:
I don't think Kris is actually non-binary—or if "they" is, the non-binary pronouns are mainly intended to misdirect new players by making Kris more of a blank slate/self insert. Toby doesn't strike me as a leftist, despite his penchant for underage lesbians.

Started investigating this page on the Deltarune website. It can be found through clicking on the "game glitches and secrets" button on the sweepstakes page.
The username holidaygirl, christmas ornaments, and discussion of Dragon Blazers make it clear this page is run by Noelle. Odd that it's linked through the Spamton page rather than the main page, don't you think? Whatever--I started digging through the source of the /code/ page and found a few unused items in the .css:

1. The CSS includes the "Undertale" font (8bitoperator) as the sole custom font family.
2. There are a series of stylings for "body.dark". One element of note is the "body.dark .alert", which makes an element's background dark red and the text pure white.

Also, the blog post says Noelle is listening to "Blood Crushers The Band". Susie uses the name "Blood Crushers" at the end of Chapter 2, when she's asking Kris what movie series they should marathon. Maybe "Blood Crushers" is a brand? It's weird it's shown up twice now--especially in such contrasting contexts.

One last thing--this is SUPER schizo, but the blog post says Noelle's listening to the song "Raise Up Your Bat". The only time the word "bat" is used in Ch.2, when Noelle is reminiscing on when when Kris told Noelle ICEE-E was real and eats kids... and Dess kept hitting Kris with a bat until they he stopped lying. [EDIT: Actually, the word "bat" is used another time, when describing the Spookysword. It's described as "black-and-orange with a bat hilt."]

nobodyhere said:
Started investigating this page on the Deltarune website. It can be found through clicking on the "game glitches and secrets" button on the sweepstakes page.
The username holidaygirl, christmas ornaments, and discussion of Dragon Blazers make it clear this page is run by Noelle. Odd that it's linked through the Spamton page rather than the main page, don't you think? Whatever--I started digging through the source of the /code/ page and found a few unused items in the .css:

1. The CSS includes the "Undertale" font (8bitoperator) as the sole custom font family.
Click to expand...

Holy frick bro is investigating the css. That's some dedication. Since I don't know anything outside of what I've watched on game theory like 5 years ago, what's your opinion on sans = ness

I forgot to finish chapter 2, should probably get on that.

Update. Found a new blog post through a very noble anon on /v/:

The CSS tag ".body-dark .alert" is used here; it's that banner right at the top with the red backdrop and lock icon. But enough about that--who is Noelle talking about in this post?

The URL and use of they/them pronouns strongly suggests that Noelle is writing about Kris. This notion is further backed up by the focus on a "they" which plays piano. Kris is explicitly stated to have a talent for piano in Chapter 1 (attachment 2), and is even added upon in Chapter 2 (attachment 3). With that established, what inferences can be made about Kris from this post?

Personally, I think Kris had precognition of his* player-fueled possession. Noelle's post describes Kris as, on occasion, appearing to recall something sad and/or important before stepping away to play the piano. It seems like playing the piano for Noelle could have been a method of coping for Kris, as evidenced by him always A) leaving Noelle under false pretenses and B) shutting the piano as soon as Noelle actively acknowledged his playing.

Of course, this specific coping mechanism may not derive from something so supernatural. Kris could also have been doing this to get over his parents' divorce, but the fact Noelle says "it felt like a concert just for me" I don't think Kris played the piano (purely) for himself. (This notion is supported by the deskwoman at the hospital in Chapter 1, who says she enjoyed hearing Kris play the piano.)

i just finished undertale with my 8 year old niece this weekend. she loved it, said it was "A+"

i dont think she picked up on a lot of the THEORY/underground conspiracies, which is understandable i suppose.

i super admire toby for putting all the weird stuff in the game that leads to a lot of theories and analysis
https://memoryhead.bandcamp.com/ Back with more. There's a whole host of these secret links on the Deltarune website. Here's a list of all the links I know of:

The Tenna page Is really messing with me. if you click on the X'd out TV and scroll all the way down, there are two square buttons cloaked in static. If you click on the top square the whole page reformats and, if you scroll to the top of the page, you find this: 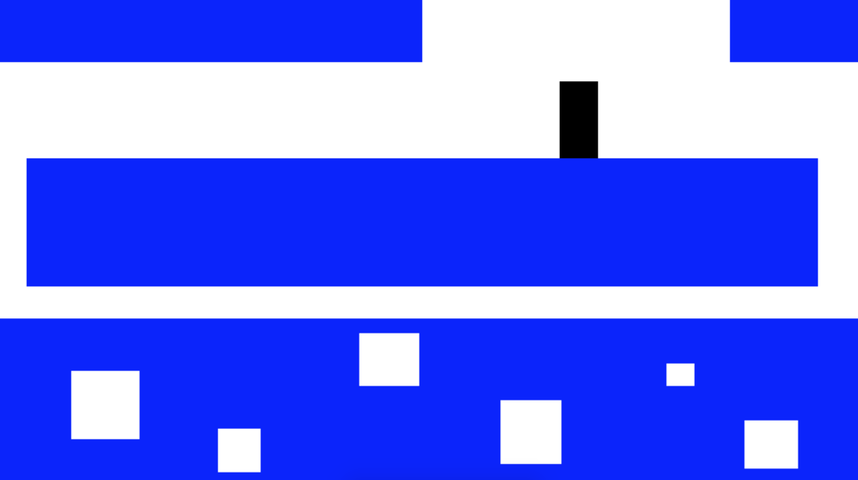 What is this? I've heard some people say it's the Ice Palace Noelle was talking about, but... I don't see it. There's no way Dragon Blazers looks like this. Kris has a cell phone--unless Noelle and her dad were using a blue and white Game Boy in Chapter 2, I can't imagine this is how the Ice Palace looks. Furthermore, the audio file that plays in the background is called ocean.ogg, as are all the HTML assets surrounding this blue and white page.

If you click on the black box (a doorway?) on this page, you're taken to the Ice Palace page. So maybe that's true? Even if it is the Ice Palace, though, that raises more questions. Why is this page's title changed to "AREN'T YOU FORGETTING SOMETHING"? Why? What does that mean for Noelle? Are Spamton and the Ice Palace somehow connected? Did Noelle accidentally powering off her game cause something to happen to Spamton? If so, how?

I'm keeping tabs on this page. This doesn't make a lick of sense.

as someone who only played undertale and doesn't know anything about deltarune, im thinking the answer to all these issues is probably just gaster

that's what friends are for
Virtual Cafe Awards

Shantotto said:
Since I don't know anything outside of what I've watched on game theory like 5 years ago, what's your opinion on sans = ness
Click to expand...

It's a cool idea, but almost certainly wrong. Methinks sans is from Deltarune: evidence is his lab with the picture of three people and the phrase "Don't forget" written on it

new theory: deltarune takes place before undertale, you are playing as chara, gaster dating simulator when???
that's what friends are for
Virtual Cafe Awards

Theory: UNDERTALE AND UNDERRAIL happens in the same universe

I believe this now