Tell me about your pre-2005 experiences

This thread has been viewed 2827 times.

Born in the late 80's in a small village in Western Europe. We would play outside all day as kids, just ring each others doorbell and ask 'can so-and-so come out to play?' We had to go home when the street lights turned on.

My dad worked in a computer related field in academics so we had computers and internet very early on. I was an only child so I spent a lot of time behind the computer, we had the Encarta CD-ROM's so I read all of that. I learned English from this game. I also spent a lot of time in chat rooms from when I was about 7, which is questionable for such a young kid lol, but the adults never did anything weird and the internet was very small and fragmented. This was the internet before search engines were really a thing, social media didn't exist. A bit later I started making websites with Geocities which was amazing. I started downloading music from a very young age via the illegal intranet set up at the local university. Kazaa and torrents came much later, but by then I used DC++ groups. I had more than 40gigs of music by the time it was 2005, which was a lot back then. Youtube was amazing, I didn't have to download videoclips from my favorite artists anymore. I also loved MySpace and writing HTML to make my own layouts. I was also active on a lot of music forums and had a cracked version of photoshop to make my own signature banners with blended pictures and filters and stuff. There was a lot of self expression on the internet back then, you could personalize all kinds of things but you had to do it yourself (or ask someone to do it for you) and learn the skills. MSN messenger was the chat thing of choice during my teenage years, so much time spent picking the perfect angsty quote for your description text and making ascii-art for your name.

On thing I miss on this website is the visitor counter on the bottom! There were a million designs in the 90's, and every website had one. I checked my counter every day. Personal websites also often had a guest book where you could write a message to the website owner. 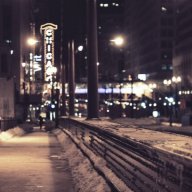 Born in the US during the early 90s. Won't really share too many personal experiences, they were mostly shitty, but I'll share stuff I've noticed.

Back in the 90s and early 00s, most kids just used the internet to play games on children's sites, read pages about their favorite games/shows, or do research for a school project. Maybe they did more, but I wouldn't know; I didn't even get consistent internet access until the mid-00s. Until then, it was either at school or one of the few times (i.e. once or twice a year) when mom didn't happen to be "waiting for a friend to call". In retrospect, she probably just didn't want me running up the bill. Or getting malware on the computer. I was also leery about sneaking there late at night because the computer desk shared a wall with mom's room, I didn't know you could turn off the modem speaker, and I had to be up early every morning anyway.

Also, the web was a security minefield during the late 90s to mid 00s. With Netscape dead, nearly everyone was on Internet Explorer, which in those days was riddled with security holes thanks to ActiveX. You go to the wrong site (and not even a particularly shady one) and next thing you know, you've got adware bugging you every minute. Or another toolbar added to your stack. Once I found Firefox in 05, I never went back.

Shovelware CDs were a thing. These were made by companies whose sole business model was "grab as much stuff as you could off of the internet/BBSes, fill up a CD with it regardless of quality, and sell it for a quick buck". It was a way of getting lots of content without waiting forever to download it all (assuming you even had internet, which not everyone could afford yet). Games, sound effects, clipart, tracker music, whatever. There's an archive on Textfiles of these CDs if you want to see what it was like. You can also look them up on archive.org, they usually have full ISOs instead of the web directories on Textfiles. Just keep in mind that it's mostly garbage. Though if you want any recommendations, check out "100 Great Games", it's the CD I had and it's got a few okay games. Like the Dr. Goo series.

Moving away from computers, there was a huge obsession (or maybe just at my school) with getting kids to read in the 90s, so huge that it backfired. If you've dealt with Accelerated Reader then you know what I'm talking about. If not... well, nothing I say can do justice to the way it turned reading into a chore. It was enough to kill the love I had for books before starting school, wasn't until after college that I finally started reading for fun again.

Up until early 00s there was the "clear craze", aka that time period when some electronics came in clear plastic shells. Tacky, sure, but damn if it wasn't cool getting an idea on how your gadgets worked. This had to have inspired a few kids to go into electronics engineering.
Virtual Cafe Awards
You must log in or register to reply here.
Similar threads