Thoughts on the meaning and idea of vaporwave

This thread has been viewed 378 times.

"We call it a "Sigma male grindset", I wouldn't expect you to understand though..."

I think vaporwave is a unique bonding agent that would let people of disparate social groups come under a common aesthetic that reflects the woes of a generation longing for a sense of identity.

...is what I would say if I was a journalist nonce.

Instead, I just appreciated the surrealistic mix of 80s and 90s iconographic imagery with the sensibilities and attitudes of the modern day. I feel like it's the modern version of cyberpunk, which is a genre/sci-fi trend/reality right now xd thing that I love to death. It evokes the same existential questions that vaporwave does for me about my relationship with things.

VW is whatever you want it to be. it's a vibe and aesthetic. vaporwave has a "stock" aesthetic and form kind of. but i think almost anything can be vaporwave.

I mean, it has a thing with purple/pink/teal and sounds like slowed down 80s music. but i think you can apply the themes t of VW to anything to make it VW. you obviously see thing in fashwave or laborwave or whatever

i mean, i think my music and style is heavily VW influenced (started putting in a lot more in about january 2021...the album is called Bikini Season if anyone wants to check), but Im not sure I would call it vaporwave exactly. but it must have some vaporwave to it, because people here who listen always have good things to say
music here: https://marchtothesea1.bandcamp.com/
Virtual Cafe Awards 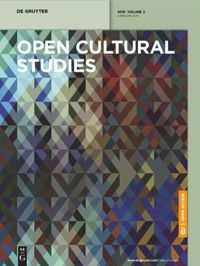 “Vaporwave Is (Not) a Critique of Capitalism”: Genre Work in An Online Music Scene

Vaporwave, first emerging in the early 2010s, is a genre of music characterised by extensive sampling of earlier "elevator music," such as smooth jazz, MoR, easy listening, and muzak. Audio and visual markers of the 1980s and 1990s, white-collar workspaces, media technology, and advertising are...

I think as an Internet genre it's meanings are very much entagled within the discourses we generate around it.
I think the genre gets torn between its political potentiality and the aesthetic sensibility a lot and I'd suggest there is no real consensus on which the genre leans more towards.
But the fun of VW is that it doesn't belong to anyone and can't be defined by any one source or authority
Virtual Cafe Awards

I'm not even going to lie, I went through a whole month long phase (back in late 2016) of thinking vaporwave was this fucking eye opening, "clever critique on capitalism". Glad I had good friends around me who slapped my dumbass back into reality and reminded me that at the end of the day, most music is just that. Music. Not anything more than that. The only exceptions to that is like, Gospel or somebody paying respects to a person they lost in a song, that sort of stuff. I mean a person's more than welcome to go and think that vaporwave or any other aesthetic out there is deeper than it seems, but idk I just can't see how a lot of vaporwave can be considered as deep shit.
I think it's getting kind of late so forgive my ass if I sound like I'm saying some dumb shit
Idk
Maybe somebody gets what I'm saying
Back at it again
Virtual Cafe Awards

Art is a process that comes out of your subconscious. So like a dream, it can carry all sorts of meaning that isn't consciously explicit. By understanding why you like a particular genre of art, at the very least you can learn something about yourself. Which is why I don't think talking about art is a waste of time (not completely anyway).

This is mostly a repost I made in another thread, but this is why I think vaporwave resonates with me:

I think vaporwave's engagement with nostalgia is quite sophisticated. It's significant that vaporwave is primarily popular among younger millenials and Gen-Z. By brandishing a 80's/90's aesthetic, it's expressing nostalgia for a time period when people were optimistic about the future that technology would usher.

Younger millenials and Gen-Z (I fall flat in between being born '97 myself) came to age in the 2010's, a period when many of the promises of technology finally arrived. Computers became incomprehensively more powerful then they were in the 80's and 90's, Internet speeds became nearly instantaneous, and we carry around miniature computers in our pockets. "No matter where you go, we're all connected", just as the anime Serial Experiments Lain said would happen. Yet as a young adult myself, I feel like I live in a failed future.

I think many people who are into vaporwave also identify with the Doomer wojak meme (I certainty do). This sentiment of demoralization, hopelessness, and the utter disappointment of all the false promises we were told as kids the future would be, fuels a false nostalgia for a time we never knew. It's this reflection of disappointment on the "future" we got, instead of the comfy or cool atmosphere the 80's and 90's projected onto the 2000s that I appreciate about vaporwave. Digital Seclusion: A visual novel about digital nostalgia
Virtual Cafe Awards
You must log in or register to reply here.
Similar threads

Open in popup
MarchToTheSea: @Thermite, yeah its not lolA moment ago
Chat 13
Menu
Log in
Register
Install the app