This thread has been viewed 14000 times. 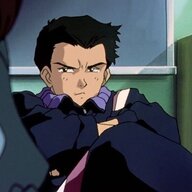 LostintheCycle said:
I'm very conflicted on the idea of crossdressing. I have, in private, tried it the few times I ever got an opportunity to and I enjoyed it, up until I hated myself and threw out all the clothes. I think it's been a thing for decades that girls can wear guy stuff and it's quite normal, but feminine clothes is strictly off for guys still; unless you pull it off nigh perfectly, people will make sour faces at you and that's just how it is. Since I've been getting the feelings again, I wonder if I should just accept that I want to do that every now and then. Honestly I feel like I would actually be able to pull off feminine clothes, only thing I'd be stuck on is the voice
Click to expand...

I'll be hoenst with you fella, always do what makes you feel happy and comfortable, if crossdressing makes you feel comfortable in a way, do it, but never do something to please the construct, always do what makes you happy, i'm not crossdresser or anything, i feel identify and happy with my identity as a cisgender male, but you know, i always wanted to have long hair, but people always talked bad about the idea, my parents didn't liked it, and in such a conservative society i live in, is not something that is well seeing, but you know what, i didn't gave a fuck about what society thinks, i let it grow anyways, and now is quite long, and i fucking love how i look, it makes me feel confident about myself, i feel more handsome this way.

So my advice is, that clothing is a construct, you can dress wherever the fuck you want, your own personal happiness is the only thing that should matter, so think about it, every decision, is the right decision, as long as it comes from you. 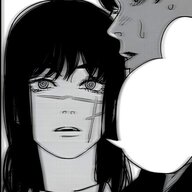 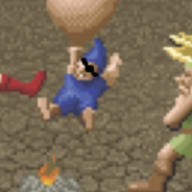 I hate it when you go into a hobbyist store like a Game Stop and the clerk tries to talk to you about what you're buying. Like the girl working there will start saying stuff like "OMG I love this game! :3" It's like, "Ma'am, I'm just here to buy Pokemon for my wife. Please leave me alone." Xovi said:
the speedrunning community is much better than the smash community
Click to expand... www.cornsyrupcentral.com
"Have you tried turning it off and on again?" ~ Unknown 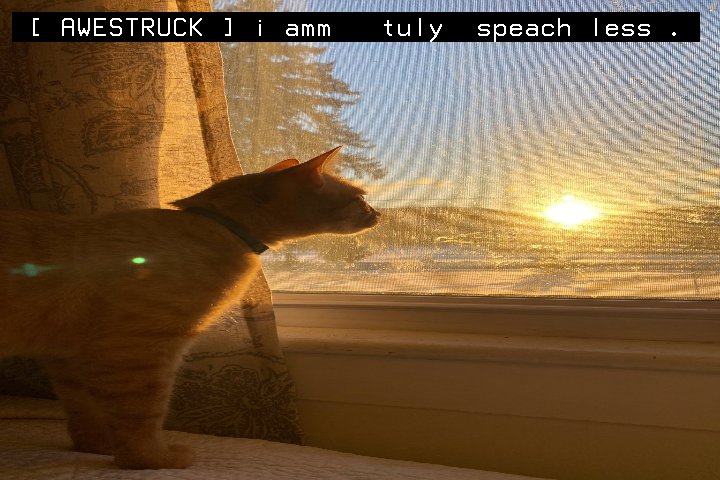 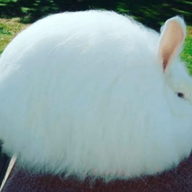 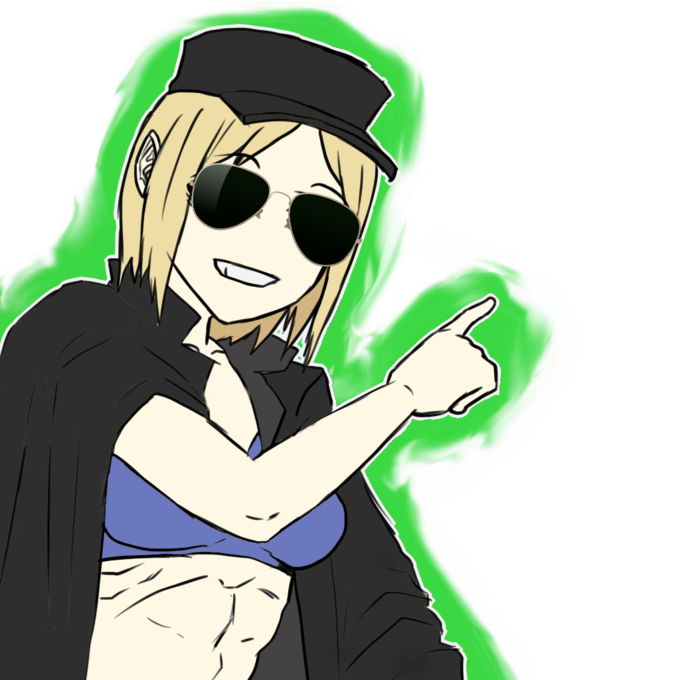 Xovi said:
the speedrunning community is much better than the smash community
Click to expand...

Well, the speed-running community does have it's moments.....

Here are my hot takes on animation stuff I guess lmao.

1.Princes Mononoke though great falls short of being excellent, much less a ´masterpiece'
2. Spiderverse is carried by the art direction, the plot is mediocre as fuck
3.The Boss Baby movies are mid (and not the worst thing ever unlike the Hotel Transylvania franchise lol).
4.Disney's Atlantis sucks.
5.Your Name is also mid.
6. Toradora has some great character work, but it ends up undermining itself thank to melodrama.
7. People justifying Pixar's repetitive story telling as 'But it's the Pixar formula!' is a terrible excuse.
8. Anomalisa is bad to mid. The movie should've 100% been a short film instead. (The animation is amazing though)
9. Ramses arc in Prince of Egypt felt very rushed.
10. Zootopia is highkey 'race realist'. 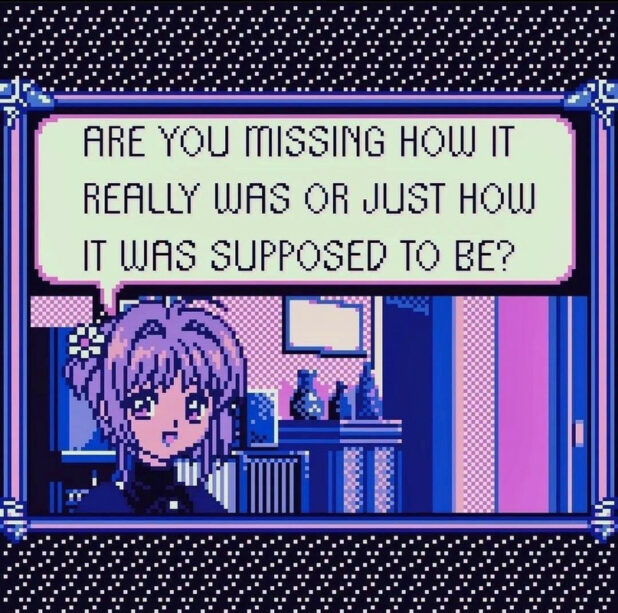 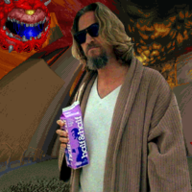 Mamisu said:
The Rolling Stones, U2, Rush, and the Beatles fucking suck
Click to expand...

U2 is the second worst band in history. Radiohead being the worst.
Virtual Cafe Awards

The boss baby is actually better than citizen kayne (overrated as fuck i slept after 20 minutes), the movie managed to create an standard in animation, on how you shall make a movie, is literally the movie of all time, the characters were written, the story was developed, the soundtrack was composed, the scenes were recorded and the edition was edited, truly a movie of all time. 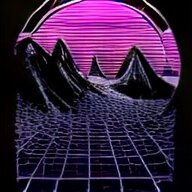 and no, I will not elaborate
Well, asshole, it's just you and me out here in cyberspace...
Virtual Cafe Awards 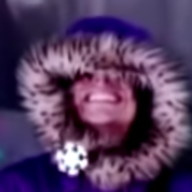 ...Vocaloid is a genre
"Keep your boots tight, keep your gun close and die with your mask on if you've got to." - Dr. Death Defying 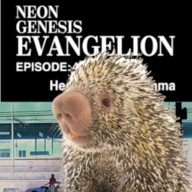 gathermore said:
I dont give a fuck what you believe, i care how you treat me

philosophy - dont care what you think, or which intellectually you most align with
religion - Dont care about your dumb gods and pantheons and enlightenments
eithics - bullshit

how you treat ME, is all I care about
Click to expand...

so, legacy of Vines? (weird how one died-out and othe

Andy Kaufman said:
On a similar note:
Early tiktok was actually fun. Like the very first 2 or 3 months were fucking magical. It quickly developed its own meme culture and had wierd interactive and collaborative meme story going on with the furry wars, crusades and e-girl hunts and shit.
The duet-function birthed some really creative and original meme formats and the app's algorithm didn't filter out the """offensive""" shit because it wasn't trained yet.
Click to expand...

Andy Kaufman said:
I've seen only memes about the sigma shit that I believe that 99% are just having fun with it and only a few retards actually take this seriously.
Click to expand...

totally 4chan TOL-er who live in his own world, outside of reality
https://sites.google.com/view/brain---syntax-error/domov/intro-2 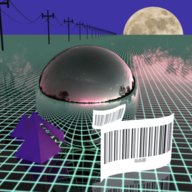 Anime as a culture used to be good but now it is bad, anime as a product was always bad and it got worse significantly.
I don't care about the palestine-Israel conflict and i wouldn't even if i had a button that would end the conflict in one sides favour.
Japan makes better cars than Germany
I hate AI in art
Taliban isn't as horrible as the media made it out to be, probably better than USA's leadership
linux is under microshits umbrella now that systemd is openly a microsoft employee's project even if everyone pretend this didn't happen, teh toxic linux community was right all along. Systemd is evil
i hate when people add "core" after concepts and make it a trend, i rarely see it but when i do i am furious.
they don't make woke shows to destroy the west, they make woke shows because people that hatewatch gives them fame that making good shows would never give and money they siphoned would be a big issue is people weren't laserfocusing on the social messages their show gives. 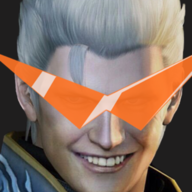 Anime is just another form of media and should be judged as good or bad on the basis of an individual work's worth. 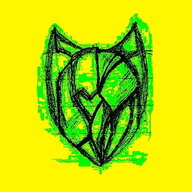 Kameraad said:
Well, one could argue the differences between gender and sex, sex is when we get in the biological matter, you either have chromosomes XY or XX (XXY or XO in intersex cases), but with gender, the things get into a more Sociological, and philosophical, gender as an idea is a mere construct you can shape in order to be who you really want to be, and for that, there is a huge amount of genders and orientations (but i'll leave that to the spectators)

for example, transgender people uses words like "AFAB or AMAB" when refering to their sex or pre transition identity, this means a trans male is identified as AFAB (assigned female at birth) and the opposite with trans woman (amab, assigned male at birth), is what people usually misunderstands, is not that they are not aware, is that people communicate poorly to express their point of views, mostly, out of ignorance.
Click to expand...

Actually, humans don't have a true intersex (unless you want to count unich as part of the group) , sex in humans is determined by the presence of the Y chromosome. XO is female and XXY is male. XO is actually capable of birth, though it is rather rare since their sex organs are often underdeveloped and most pregnancies will miscarriage due to the XO not properly passing on an X chromosome. The infertility is true of basically all the anueploid linkages (XXYY, XXXY, XXY, XYY, ect) and there is a general loss of IQ associated with them of 10 ish points or more depending on which one they have. Ultimately these are genetic defects rather than any kind of separate sex and most people who would be born with them are miscarried.

I'll always find the split of sex and gender amusing, since it effectively defines "trans" out of existence in the sense that it is usually used. Due to the split, being "transgender" would actually be a reference to tomboys and femgirls and woulds have nothing to do with any of the hormone dosing or surgery. You could try to call it "trans-sex", but that doesn't work either since humans don't currently have the technology to do that. You could then use "psuedo trans-sex", but that doesn't work either since the vast majority of em are also changing their "gender" at the same time. so you would essentially need another word that uses the old, combined definition of sex and gender to describe the process, then slap psuedo in front of it.

It actually makes me wonder how many of these people have.... I guess I'll call it relentless dysphoria, where no matter what they change they still feel the same since.... it's dysphoria and attaining whatever they think they want just causes that new thing to become what they are dysphoric over as a pathological inclination to be dysphoric, rather than over anything they actually have.

DOOM95.EXE said:
U2 is the second worst band in history. Radiohead being the worst.
Click to expand...

...and yet somehow those two most worst bands were able to fornicate and create a boring bastard offspring known as Coldplay.

Wesley Willis was the height of musical genius and I am just glad for many years I was able to share the same universe as he.
Virtual Cafe Awards
You must log in or register to reply here.
Similar threads

Open in popup
zalaz alaza: take care of her gardens. itll be out doors so i think will be fine 50 minutes ago
Chat 0
Menu
Log in
Register
Install the app