Why do you think certain opinions are aggressively pushed on the internet?

This thread has been viewed 2384 times. 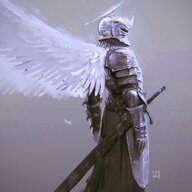 TamagoSuki said:
I've recently been messing around with Myers-Briggs tests and I think most people who believe in this "NPC phenomenon" are deeply Intuitive (N) thinkers that notice "bad"/"average" Sensing (S) personality types.

Sensing
"Sensors pay attention to both immediate data from their five senses and from their own direct experiences. They are create meaning from conscious thought, rather than trusting their subconscious, limiting their attention to facts and solid data. As necessary, they will happily dig into the fine detail of the situation.
They focus on what is immediate, practical and real, and live life as it is rather than trying to change the world.
They like logic and tend to pursue things in a clear sequence. At work, they will have a clear schedule and like to use their proven skills in tactical situations.
They may be seen as frivolous or short-sighted by Intuitors."

Intuiting
"Intuitors process data more deeply than sensors and are happy to trust their subconscious and 'sixth sense', gut feel, intuition or whatever you want to call it.
They are good at spotting patterns and taking a high-level view, as opposed to digging into the detail.
They like ideas and inspiration and tend to have a focus on the future, where they will plan to change the world rather than continue to live in the imperfect present.
At work, they like to acquire new skills and working at the strategic level.
They may be seen as impractical, theoretical and lacking determination by Sensors."

Based on Briggs-Myers theory, I am processing data intuitively. But I also think that a sensor type does not necesserily act as dumb as an "NPC" would, because sensors are also able do think critically (discern qualities of data) but in a manner that is more in contact with the numbers they have recieved. This is one of the great differences, if there's any other. The absence of critical thought, and sharing forward what triggers you without peeling of any layers of given topic.
Virtual Cafe Awards

TigrEncounter said:
The thing is. I don't have friends. This is a kinda recent stuff. I deleted all social media, cut off any interaction with people I used to call friends. They fell for a gossip which everyone believed and I knew that it's pointless to try and turn it around. I used dating apps for bodycount with low success (I look pretty decent but my texting game is lame af) I pick up girls better in real life. But I'm not that interested for a while.
Click to expand...

I might be wrong, but I think I got where you're coming from. Don't lose hope, buddy.
Virtual Cafe Awards 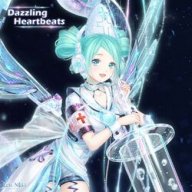 not a visitor from outer space

You mentioned the New Age movement. I believe this faux spirituality is made so that people are docile and don't fight back. The chakras they like to promote are basically implants meant to contain sexual energy. New Age people are told the sacral and root chakras are "bad" because they store your sexual energy and "primitive" desires, like eating food. They are instructed to give out this energy to the crown chakra. The life energy that they trapped in the root and sacral chakras goes out of the body. Notice how the majority of these New Age loons are malnourished, pale, scrawny and look way too old for their age. 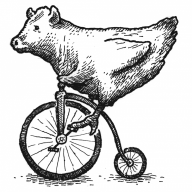 You've identified fringe groups. People feel a sense of collectivism and belonging when they can find the same people. The message gets louder and louder and such.

Look at us for example, people wouldn't get why we enjoy this site, and here we are.
Virtual Cafe Awards

This video pretty much sums it up. 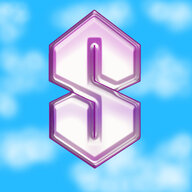 adoynia said:
There's quite a few of opinions that circulate near consistently on the internet and always garner the same responses (as if going by a pre approved script, whether based on real or imagined emotional responses from internet users).

If one is not confined to their screen they can notice in real life these discussions often play out differently and offer more diverse opinions than what the internet gives (especially in the past 10 years, with controlled google searches and suspiciously sounding A.I bots on >reddit

/Youtube/4chan comment section). Of course, people who parrot the same internet-approved (as I would like to call them) views exist in real life but they're often the types to be constantly online or very familiar with internet culture, as opposed to someone who grew them "organically", so to speak.

Here are my unbiased observations of which opinions are pushed aggressively on the internet. Some astroturfed and some not.


The most highly engaged (and very predictable) responses where it all tends to feel scripted are topics of Sex/Dating, Gender Differences, Sexuality, Religion, and Abortion Rights. For internet forums and websites, these opinions are either aggressively alt left or aggressively alt right, rarely any in betweens strangely enough. If a site seems more center or "balanced" it ends up going off the deep end relatively easily.

Another curious problem is when posters of a community get seemingly replaced overnight with posters of a completely different opinion that gets repeated word for word, constantly throughout the day, seen it happen with so many different communities (from politics, to dating sites, to video games) that hasn't really been common in any time period of the internet before 2015/2016

Either way, I would love to discuss this cause its been weighing on my mind for some time now and has me feeling really dissonant about the internet lately. Other opinions about this subject are encouraged!
Click to expand...

The amount of people engaging in discourse about these topics while also using the same logic and lingo is pushing me closer and closer to believing in the dead internet theory
Virtual Cafe Awards
You must log in or register to reply here.
Similar threads